2021.6.1 update: We have fixed an issue that sometimes returns exceptions when connecting to Replica Set or DNS Seedlist connections.

Support for Read Preference Tag Sets, integrating Hackolade, code folding for JSON documents, and much more in the latest release of Studio 3T.

When working with replica sets, it may be important to configure your Read Preferences to specify geographic locations, retain stale data for analytics, or maintain a fallback server. Sometimes, the default options aren’t specific enough, and it’s necessary to use Read Preference Tags. We’ve added compatibility in our Connection Manager to do that.

Making backups and sifting through old files can be a pain. We’ve made it easier. Now, you can dynamically add date and time properties to your exported files. Use it in conjunction with automated tasks in Task Manager to power up your workflow and organization.

You asked, we listened. When working with documents which contain multiple nested fields or with potentially thousands of lines of data, it’s necessary to limit your view to just the important parts. To that end, we’ve made it possible to collapse and expand sections in both the JSON Editor and JSON Viewer.

Read more about the JSON Editor and Viewer in our documentation.

We’ve added an integration with the polyglot data-modeling tool Hackolade to make migrations from legacy SQL systems to MongoDB even more appealing. Now your migration schema can be mapped out visually using Hackolade’s denormalization feature, before importing the Hackolade file into Studio 3T and running the migration.

For full documentation on how to use this new feature, visit our Knowledge Base. You can also learn how to import a SQL Database to MongoDB in 5 steps with Studio 3T.

We’d like to thank the many users of Studio 3T for reaching out for their own needs: Abdelrahman Hafez for reporting an issue when navigating a nested result tree with the left and right arrow keys; Marc Donis for requesting the code folding feature; Faizal Martinus for requesting the upgrade to the 4.3 version of the mongodb driver; William Luo and Erik Martin for suggesting support for read preference tag sets; and to everyone else who made this release possible.

Auto-update in the app, or start your free 30-day trial today: 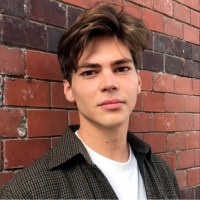 Cameron is not only a frontend developer; he's also a writer, skateboarder, crossword-solver, amateur historian, armchair philosopher, Arizonan but somehow Californian, and much more.