In this post, we’ll show you how to monitor the status of your MongoDB servers using Studio 3T’s Server Status Charts feature. Try it today.

This makes it easier to monitor particular things of interest on production, development, test, or local instances.

You can customize which charts are shown by clicking on Select Charts in the upper right hand side corner of the Server Status Charts tab:

For example, if we wanted to focus on Operation Counts, Current Connections, and Current Network Traffic, we would select only those, and the charts will be laid out intelligently to accommodate them:

What the chart information means

In this section, we’ll explain the information shown on each chart.

Note that the information displayed in the charts may be:

Charts show information about a particular event that occurred during an update period, e.g. if we have the ‘Update frequency’ set to ‘2 sec’, then the chart will show all events of that particular type that occurred within 2 second periods

The table below details each of the MongoDB server status charts:

More detailed information about the counters the chart data are based upon can be found in the MongoDB documentation. 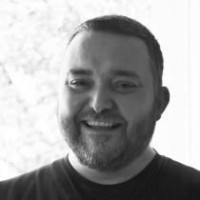 It all started with a Dragon 32… and has led to here, the most exciting place to be in software and databases right now. After helping hunt for the Higgs at CERN, and building large-scale, intelligent systems in industry, Graham is now doing the best job of all – building world-class tools that empower you to achieve world-class performance. Graham holds a Ph.D. in Computer Science from the University of Strathclyde.